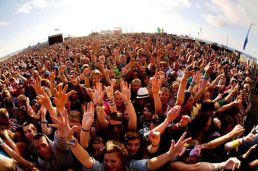 It looks good, but I wonder about most of them. On average I get about 50 hits a day and anywhere from five to thirty likes per post, most of them from the same loyal readers. So who are these 1000 followers?

At first I was excited every time I got a new follower, but it seems that over time the number of what I call bullshit followers grows exponentially and I only occasionally get a new follower who actually follows my blog.

The vast majority of my “followers” seem to be folks who just want me to check out their own blog because they are selling something. I find it annoying and I wonder how effective it is as a marketing technique, but to each his own. You’d think, though, that at some point these folks would unfollow me.

I really wish they would, and that my list of followers more accurately reflected the number of people who at least occasionally check in. Then 1000 followers would actually mean something.

Maybe this is a question for WordPress: Can we get the ability to throw people out? Like spam comments, we could have spam followers?

Does anyone else have this problem?

This entry was posted in Writing and tagged blogging, Followers, Opinion, spam. Bookmark the permalink.