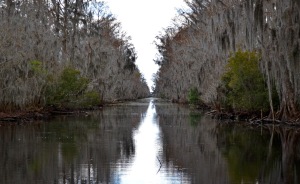 South of New Orleans the land turns into real swamp and eventually the Gulf of Mexico. This area is generally called Barataria Country or just the Barataria, which includes swampy land and Barataria Bay and Barataria Sound. The elevation is no more than a few feet. The movie The Beasts of the Southern Wild was filmed here.

During the early 19th century, the pirate Jean Lafitte and his cronies hid out in the area, stealing goods and slaves from merchant ships and selling them cheap in New Orleans. Or he would get the word out, and the city folk would come out to the swamp to by his stuff. 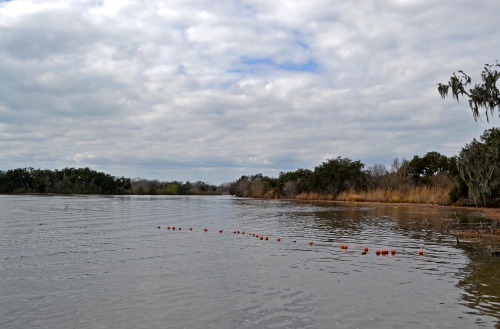 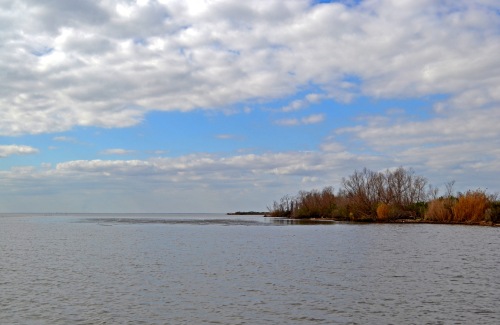 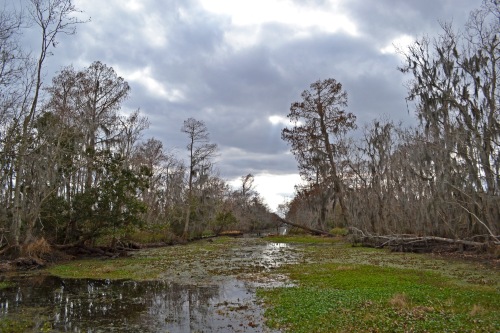 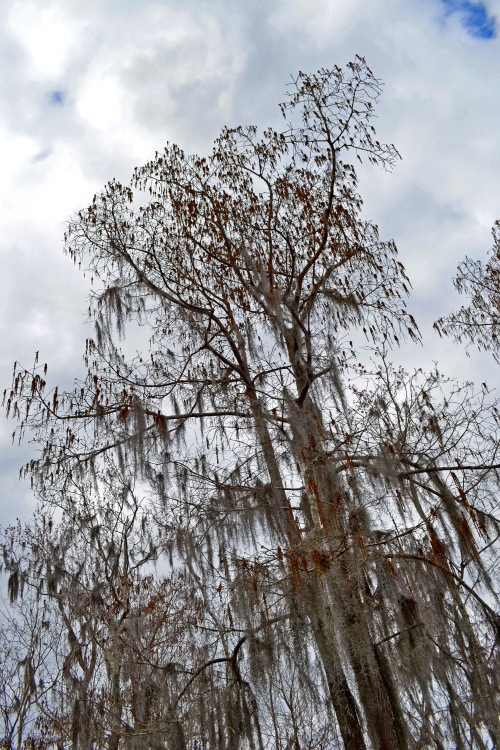 Especially in the winter, the Spanish moss gives the swamp an eerie quality. 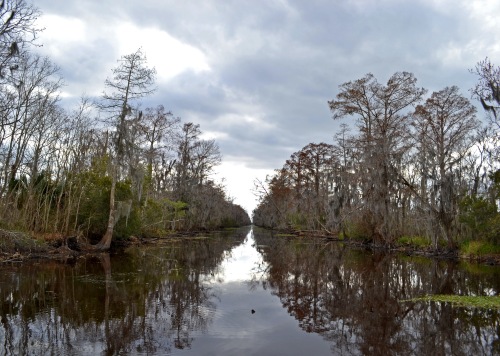 Cypress trees grow extremely slowly. There used to be enormous cypresses here, but cypress was in high demand for building in the 18th and 19th centuries, since it doesn’t rot and termites don’t like it, and the sugar plantations also used all the wood their slaves could get their hands on for the sugar mills. Now it’s all pretty low growth. 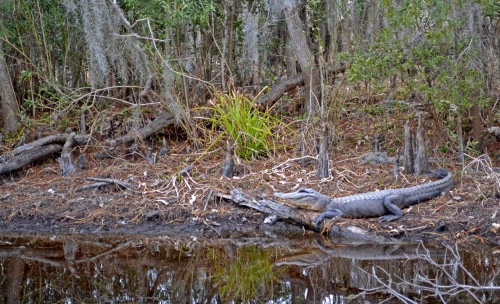 It was still too cold for most of the gators, but this one managed to get some rays. 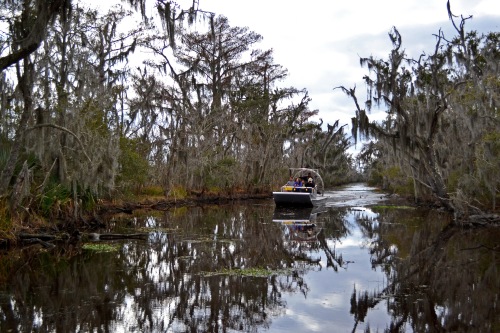 Of course, our boat was so loud that all the  wildlife in the entire state got plenty advance warning of our approach. 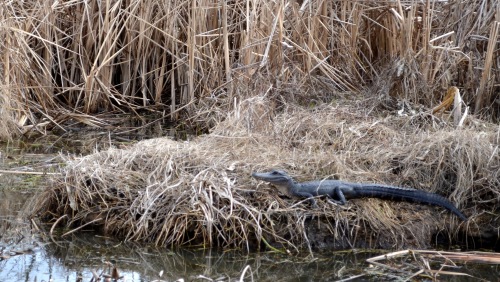 This is called alligator grass, for obvious reasons. 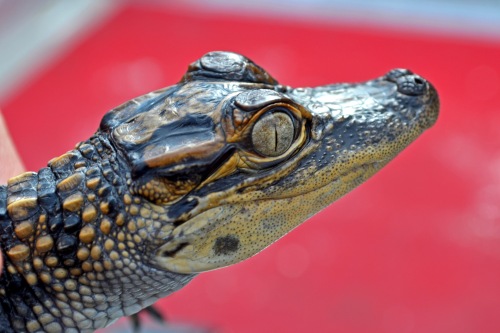 Our tour guide had a baby alligator–well, actually it was a year old, but still tiny–for us to hold. I took this photo with one hand while holding the little cutie in my other. 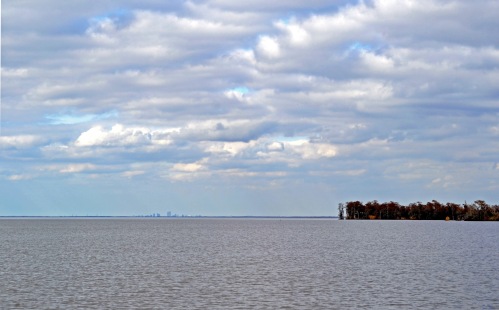 And here we are out in the open water, with some outlying swamp in the middle distance and New Orleans on the horizon. 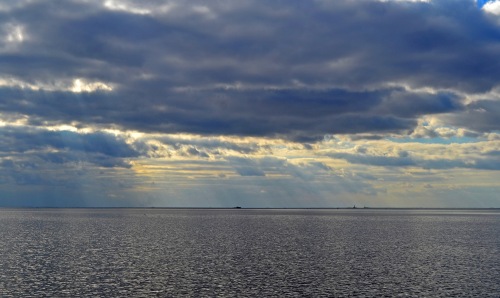 Every now and then it looked like rain, but then it would clear up again. Here you can see oil rigs and tankers in the distance. 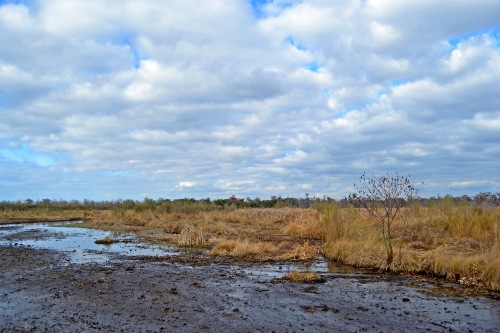 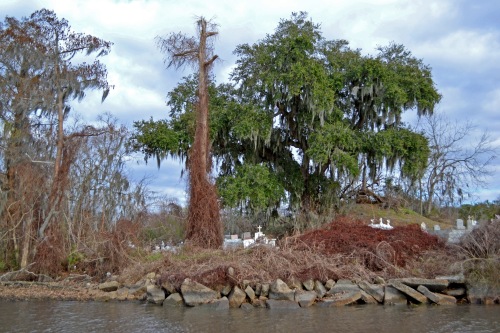 Of course, here too, the dead are entombed. The small hill in the background is a Native American burial mound. 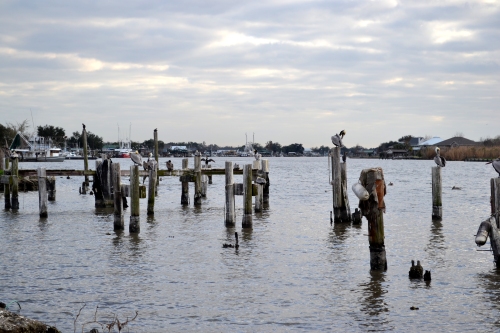 Everyone here has waterfront property. Most of the boats in the background are shrimping vessels. 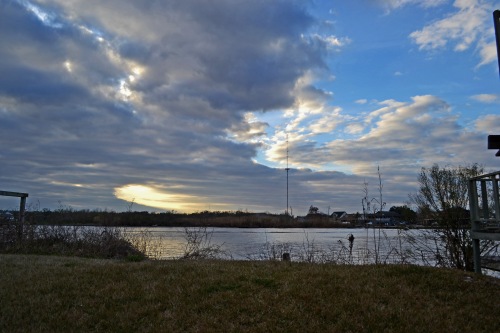 After the tour we had dinner at a little restaurant. In most areas of the country, waterfront property is at a premium, and any restaurant on the water will have the windows and a deck facing this way. 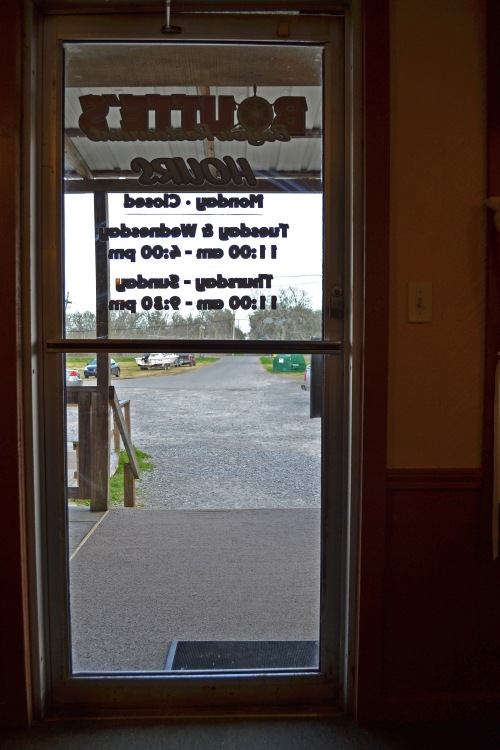 In the Barataria, however, solid ground is at a premium, so the back of the restaurant, with the kitchen, faces the water, and the front faces some good, hard asphalt. It’s a different world, for sure.

One response to “Barataria Country”