Sinterklaas: Breaking Down Some Arguments

Okay, this is part four in what has become a series. I’ve already addressed the first couple of arguments in my previous posts, but let me mention them again just to be thorough.

Argument: Zwarte Piet has nothing to do with slavery. Zwarte Piet is a fairytale figure–not based in any history.

My response: It’s irrelevant where the idea comes from. The point is that Zwarte Piet is racist now. 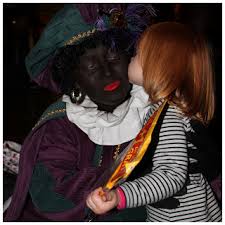 My response: It’s irrelevant what your intentions are with Zwarte Piet. The point is that black people find him offensive. I can’t stress this enough: White people don’t get to decide what black people can or can’t experience as racist.

Argument: Who do the United Nations think they are, interfering with our Dutch traditions? And they don’t even get the facts straight (see this post by Dean Richards).

My response: Whether or not the UN understands the facts and history of Sinterklaas is irrelevant.

If you don’t want the UN to comment on the situation, then you’d better make sure you deal with the issue satisfactorily. The fact that the UN had to get involved should be a wake-up call. Shame on the Dutch government for not taking the concerns of its minorities seriously.

Argument: There is a civil war going on in Syria; we are in a recession; Indonesia is killing West-Papuans (see this artikel by Gerrit de Heus). So don’t we/the United Nations have anything better to do than worry about something as innocent as Zwarte Piet?

My response: Tell it to black people in the Netherlands that it’s innocent. Tell it to the guy whose coworkers and even his boss refer to him as Zwarte Piet for two months out of the year.

Also, the United Nations is quite capable of looking into more than one issue at a time.

And sure, there are always worse things to worry about. But that’s a great excuse for never doing anything about anything. It’s also a diversion tactic. The average Dutch person can’t do anything about the civil war in Syria or the recession or the fact that Indonesia murders West-Papuans, but they can do something about the racist nature of Zwarte Piet. So the argument that there are worse things to worry about is the argument of the lazy and the indifferent.

Argument: I know plenty of black people who love Sinterklaas and everything about it, including Zwarte Piet.

My response: That’s irrelevant. Apparently there are enough black people who do find it offensive, and that’s what matters.

And anyway, you don’t know the motivations of those black people who “love” Zwarte Piet. Maybe they really do (see this post by Van Daal en z0). I don’t presume to know what other people think. Having said that, and since black people have always been such a minority in the Netherlands, and considering the reaction of the majority the moment anyone dares to criticize Zwarte Piet, you’ve got to wonder how many black people don’t just say they love it and go along with it, even participate with gusto, because they are used to having to work extra hard to fit in, and to show they are “a good sport” about things. 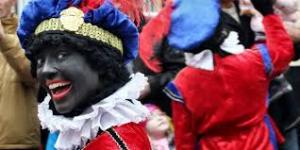 Argument: The vast majority of Dutch people want to keep Zwarte Piet; just look at the Piet Moet Blijven Facebook page. Its got so many likes already!

My response: The only thing more inane than having polls like that is the fact that people are getting all excited and pleasantly surprised when they’ve gotten the first million likes. Of course you’re going to get a lot of likes–you’re the majority!

However, democracy isn’t about majority rule; it’s about defending the rights of minorities. Having a vote about Zwarte Piet is like representatives in a majority Republican state in the USA wanting to decide whether gay couples can marry by taking a vote. That’s nothing less than bullying, which is why we have national governments. And if they don’t do their jobs, then you take it to the UN.

Argument: The UN (or what’s really meant: those damn divisive blacks who brought this issue to the UN) have created racism where there was none (again, see Dean Richards and Gerrit de Heus).

My response: BULLSHIT! People who aren’t racist don’t suddenly become racist because the UN gives them a rap on the knuckles about a children’s holiday.

First of all,  Zwarte Piet has always been racist (see my second post in this series). Second, the mass hysteria that has taken over the country shows exactly to what extent white Dutch people consider black people as  equal Dutch citizens: not at all.

“How dare they attack our traditions!” There was always racism and this just brings it to the forefront.

My response: So anything that’s tradition isn’t racist? Get real.

And tradition? Don’t give me that. The Sinterklaas tradition was never set in stone.

When I went to school in the sixties, kids exchanged surprises–that’s all, but now classrooms have cardboard fireplaces and kids put out their shoes and get candy. Or if that’s not considered hygenic, teachers can always buy pre-cut paper shoes that the kids can color first. That’s relatively new. They didn’t do that when I left 2o years ago. Apparently some bars even have a schoentje zetten event. That’s also new. And there are Sinterklaas and Zwarte Piet dolls now. Again: new. It has nothing to do with tradition and everything to do with consumerism. They’re all just more ways to make money off the holiday.

If you can add things to the Sinterklaas “tradition” every few years in the name of making a few more bucks, you can bloody well take offensive aspects out. And no, that’s not going to change the whole face of Sinterklaas (see my last post).

There, that should cover it. If not, let me know.

7 responses to “Sinterklaas: Breaking Down Some Arguments”