Left Is Scary and Other Hilarious Moments 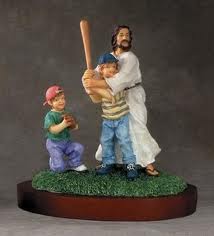 One of the things that remind me regularly that I’m still an alien here is what makes me laugh.

The other day I went to see Heat–a really, really, really bad movie with Sandra Bullock and Melissa McCarthy. So I wasn’t laughing when lots of others were. But then there was something about Melissa McCarthy’s character’s father and his collection of Jesus sports paintings, and the camera zoomed in on a kitschy painting of Jesus batting a baseball into the sky, where it became the sun or the moon or something. The camera moved down and we saw his bright red sports shoes under his white robe. I burst out laughing and only just managed to swallow before spraying my diet coke all over the person in front of me. Then I realized that everyone around me was silent, which made me laugh even harder. I had the giggles for a while after that. Later there were two more Jesus sports paintings, but that was like repeating the same joke over and over. Not funny. Though a few more people were laughing the second and third times around.

This happens a lot.

Like during another not very funny movie, Grumpy Old Men, about two ex-presidents. One of them starts singing to the tune of Hail to the Chief: “Here comes the chief, he’s the chief and he needs hailing.” I practically peed in my pants. Ever since, when I hear the tune, I start laughing; I just can’t help it.

The first time this happened was in Spanish class when I had only just emigrated. A Spanish professor from UT Pan-Am and a friend of my husband’s gave evening Spanish classes for maquiladore managers and others in a rented room not far from our house. At one point he gave us a way to remember what was left and right between derecho and izquierda. “Izquierda: left is scary.” I guffawed, and no one else even cracked a smile. The professor looked mildly surprised as I was cracking up, and to this day I don’t know if he had meant it to be funny or not.

It’s not always harmless. When I worked as a school librarian at a small school in the Rio Grande Valley during my first year in the country, I was introduced to the fact that the American workplace is anything but democratic. After the summer we had a new superintendent–like pretty much every year, apparently–and he called a meeting in the library. He told us what he had planned, which was a whole lot of nothing but “I believe all kids can learn” and “having the kids’ best interests at heart” etc. But there were a few changes he intended making with regards to the annual state testing that led one of the English teachers to ask, “What about content?” Meaning what about teaching students actual knowledge. To which the superintendent answered, “I don’t give a damn about content. All I’m interested in is that these kids pass the test, and anyone who doesn’t like it can leave now, and don’t let the door hit you on your way out.” And yes, you guessed it; I burst out laughing. I had never heard that expression before–don’t let the door hit you on your way out–so that was funny, and I also thought he was joking in general. Not so. Everyone else was deathly quiet, the superintendent shot me a killing look and I quickly composed myself. But it put me on his radar and it was the beginning of a year in which he tried everything to get rid of me. (He failed; I quit at the end of the year.)

Or the time that a couple we had met at the kids’ Montessori school went out to dinner with us. We were driving in their brand-new minivan, and the woman was telling us all about it. At one point she said something like, “And when I’m listening to Rush Limbaugh…” I laughed, though only briefly because by then I had gotten better at stopping the moment it became apparent something was meant dead seriously. But hey, it was a Montessori school and the couple was Jewish. Silly me, I had just assumed that a Jewish couple per definition wouldn’t listen to Rush Limbaugh. Lesson learned.  “Content” fell by the wayside a lot longer ago than at that meeting with the superintendent. Needless to say, they never invited us to go to dinner again.

Did I mention that I didn’t make a lot of friends until we moved to Austin?

(This post is a response to the Daily Prompt.)

6 responses to “Left Is Scary and Other Hilarious Moments”