Evolution of X just had a post about her memories of 1978. She invited readers to do the same.

So, let’s see. Not in chronological order:

In the summer I cycled home from school daily with my friend Floortje up to Baarn. We would buy an ice cream cone at every convenient store on  our route (there were three).

I was vaguely aware that stuff was going on with the Shah of Iran and something about Vietnam and Cambodia,

But the South-Moluccan terrorist acts were closer to home. This year we saw the last one, although we didn’t know it at the time.

Oh, and the Rote Armee Fraktion was also still around.

I graduated high school and moved out of the house.

In my rented room, I painted the wall tomato red and hung a full magazine-page photo of Robert Redford in the spot of honor.

After graduation I started reading all the books and authors I had heard about but hadn’t gotten to or had only partially gotten to during my school years: Steinbeck, Ernest Hemingway, Truman Capote, George Orwell, Moliere, De Maupassant.

I also plowed my laborious way through several German must-reads. Mostly so  I could say that, yes, as a matter of fact I did read The Magic Mountain by Thomas Mann. In case anyone asked. Which of course no one ever did. But now you know anyway. And boy, are you ever impressed, right?

“We Are the Champions” by Queen was a hit around final exam time,

As was “Y.M.C.A.”, which we all thought was a rather silly little song, a typical flash-in-the-pan.

Jimmy Carter was President, and he brokered peace between Begin and Sadat, like the nice man he was. 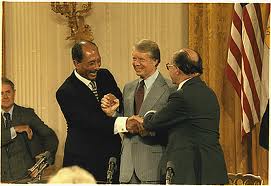 But at least Gerrie Knetemann was definitely the world champion cyclist,

And I cycled to school barefoot in June. No shoes all day, such freedom!

On days that I took the train, I would sit at the train station with a notepad, and write shorts about the people on the platform, feeling like a right Simon Carmiggelt.

It was the year that super-tight ‘flares’ (bootleg pants) went out of fashion and Diane Keaton’s Annie Hall look came in, 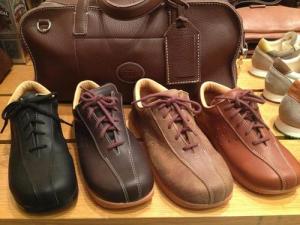 Along with Roots, or earth shoes as they were known in America, which I figured out from Bette Midler’s Cleveland Show.

Sonja Barend was our Oprah,

And I still truly believe “Paradise by the Dashboard Lights” is the coolest cautionary tale ever.

It was a bad year for popes.

Between high school and college I worked and had money to burn, but my two best friends were still in school, so I went to the movies by myself a lot.

However, I saw The Boys From Brazil with my dad and Deerhunter with what I thought of at the time as my boyfriend. I lived and learned.

I took the thirteen-year-old daughter of the house where I rented my room to see Grease. I felt very grown-up when I noticed her adopting a John Travolta walk back home and it reminded me that I rubbed the side of my nose at regular intervals for a whole week after seeing The Sting at age 14.

Click here for the top hits of 1978 in the Netherlands.