The Great Divide: A Question of Color 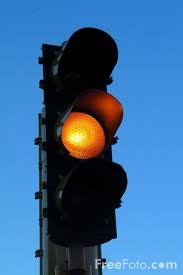 For many years now, there has been a huge rift within our family, caused by traffic lights. T and I are in permanent disagreement and our son B is pretty firmly on my side. R is undecided, but I’m convinced she will see the light (I couldn’t resist)  in due time.

When I lived in Australia in the sixties, the traffic lights were called green, orange and red. Orange. Because they are orange. Just look at the picture on the left. It’s even more orange than a Florida orange.

However, my sweet but American husband T is convinced the orange light is yellow. He’s wrong, of course, but he learned in school that the lights are green, yellow and red, and it has affected his color perception. He can call the orange light yellow all he wants–it’s still orange.

B, who knows on which side his bread is buttered, or rather who butters it, agrees that it is clearly orange. 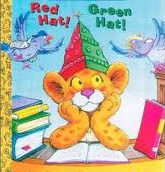 R is torn and I’m worried that she will need therapy later on in life. She’s in serious denial. She refuses to see the truth, which is that the light is orange, and instead she claims that she can’t decide. What’s really going on, of course, is that she’s afraid to hurt either one of her parents.

So the other day we were on a family walk in the middle of nowhere, following a path along a serene but totally dry creek, far away from the hustle and bustle of daily life and traffic, so naturally someone started up the Orange Light Argument again.

Again, R was in agony. B, helpful as always, pointed out that Daddy would still love her just as much even if she admitted that the light is orange. And I added that I would even love her more. But she still wouldn’t give up her neutrality.

B’s still firmly in my camp, but not necessarily because he can actually tell the difference between orange and yellow. I do appreciate him trusting in my perpetual rightness, but it does change matters somewhat. The burden is now even more on R, because B is only half a help. I feel for the girl, I really do, but it’s about time she sees sense . . . and orange lights.

So what do you think? Take another good look at the picture to the right before taking the poll.

19 responses to “The Great Divide: A Question of Color”