The Bottom Line: Money and Politics in the Netherlands vs America 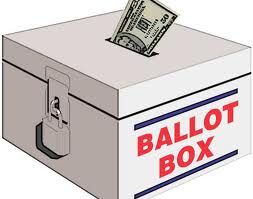 A few days ago, my neighbor M and a few others and I were having a Facebook conversation about American politics and the pros and cons of the two-party system vs the multi-party system. In fact, it’s still going on. But I wanted to share some of it here. The discussion started two posts ago.

M: Yes, the structure of the system has some important impacts. But does it also result in better people being put into office? Does the system enable those people to make their own decisions on based on in-depth, well informed, careful consideration of the situation? Or do they just vote as a block? How are the actual candidates chosen in such a parliamentary system? Are they chosen based on their strict loyalty, or their experience and competence?

But seriously, a party decides where it stands on how to go about an issue. The politicians can make their decisions much more based on consideration of the situation because they don’t have to second-guess their constituents and what they want to hear. Their constituents are the people who voted for them based on the party platform.

In addition, Dutch politicians aren’t in the pockets of special interest groups, because money doesn’t come in to politics.

M: Is there something intrinsic to a parliamentary system that helps keep money out of politics? Or are the two issues separate? It seems that if you still have expensive election campaigns, the parties still need to raise money from somewhere. Donations from wealthy sources (political investors?) will still go to parties that vote for their interests. Or is there something different about elections in a parliamentary system?

Me: That’s a good question. I had never thought about that, but there probably is something intrinsic to a parliamentary system that helps keep money out of politics. Or at least it keeps money to a minimum.

So first let me tell you about political financing in the Netherlands.

About half of every party’s income comes from membership dues. Membership fees often depend on the member’s income. On average the memberships are about the price of a magazine subscription. Also, every representative pays a kind of representation tax, about 10% of their income. Don’t ask me why.

Parties can hold fundraisers like parties and dinners, and this is a relatively new phenomenon in Holland. A dinner in 2002, to meet representatives of the VVD, Holland’s economically most conservative party, was 500 euro a plate. They were very pleased to rake in all of 15,000 euro this way. (The euro is presently less than the dollar.)

Apparently parties can now receive donations from individuals and groups, as well as companies, but they don’t all see this as a benefit, since they don’t want to be accused of having conflicting interests. Each party has its own policy on this at the moment. But all donations higher than about $4,000 must be made public.

Indirect subsidies include payment for training of representatives in foreign affairs and such, as well as what is still the main TV presence of parties: every day on public television, for five minutes, one of the political parties can present their platform. All the parties get their turn. This rotates year-round, election year or not. And the parties get small subsidies for making the films for these short presentations.

The election campaigns are also paid from these forms of income. Until 1998 parties weren’t allowed to use their subsidies for election campaigns, but now they can buy TV time, which they still can’t afford, and so some parties are looking for more income from these newly allowed private and business donations. I DON’T LIKE THAT!

So now to answer your question if there is something intrinsic to the parliamentary system that helps limit money in politics?

Yes! Because a parliamentary system has more than two parties. Holland has about 20 to 30 parties at any given time, some really big and some with one representative in parliament. And since there’s proportional representation, those small parties are also present if and when election financing comes up, and it’s not in their interest that election spending is allowed to get out of hand, because they wouldn’t benefit from it.

In America, on the other hand, there are only two parties (for all intents and purposes; since there isn’t any proportional representation the other parties aren’t in congress) and it’s in both their interests (they think) to keep other parties out. The financing status quo will do just that.

The next post in this series is about campaign ads.

2 responses to “The Bottom Line: Money and Politics in the Netherlands vs America”