We backtracked slightly the next morning to squeeze in Dinosaur National Monument before going on the Yellowstone national Park, or at least Jackson, Wyoming. 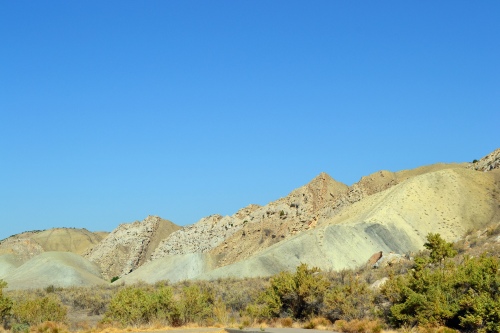 The exhibit itself is pretty cool. Paleontologist Earl Douglass, who worked for the Carnegie Museum of Natural History, discovered a bunch of dinosaur fossils here in 1909, and that was the beginning of an enormous excavation in what was named the Carnegie Quarry.

They covered one side of what was left of a mountain after much of it was already excavated. 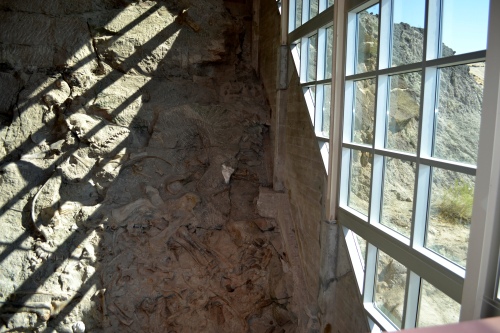 So when you walk into the building, you are looking at actual dinosaur bones in an actual hillside.

While we waited for the tram to take us back to the visitor center parking lot, and our son B went to the restroom, I took some more photos of the landscape. 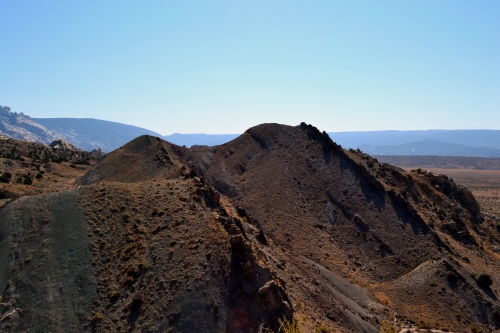 B came out of the restroom complaining that he didn’t feel too well. As we drove north in Utah, toward Wyoming, he threw up (good thing we were in an RV and the bathroom was two steps away), so we decided to cut the day short and stay in an RV park in Rock Springs.

It was a KOA campground, but nothing great. We didn’t care, though, because we were just staying so B could get over his stomach bug. The campground claimed in the guidebook that it had wifi, but again barely. That is where I sent the last post before the big silence, and it took me about six hours to upload the pictures.

In the meantime B was having a hard time. We weren’t sure if it was a stomach bug or a chicken sandwich he ate at a diner, but he was sure working hard at getting rid of it. Poor baby.