American History in the Netherlands 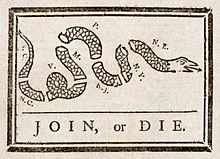 Another question I got from my funk post was: What do European kids learn about American history. Well, I can only talk about what I learned, but feel free to add to it in the comments, Dutch readers.

I had History several times a week, from seventh through eleventh grade, and from Mesopotamia to the Vietnam War, more or less. I seem to remember that we started learning about America in tenth grade, and it would have continued through eleventh grade, whenever America came up in relation to a certain period. This would have been around 1977-1978. I’ll just describe what I remember; trying to be systematic after all those years wouldn’t work.

We probably learned about the pilgrims. In fact, I remember The Mayflower being the boat they went on, but honestly, that’s all I remember learning about that. I do remember we spent quite some time on the thirteen colonies, the Boston Tea Party, the American Revolution and the Declaration of Independence in 1776, and the way American government was set up by the founding fathers in the three arms of government: judicial, legislative and executive, in order to have checks and balances.

I remember also learning some weird stuff about American politics, like the first-past-the-post concept instead of proportional representation, and about pork-barrel spending and deals made between congressmen and senators (the I’ll-scratch-your-back-if-you-scratch-mine deals), although I didn’t fully understand at the time what that all meant.

We learned about slavery, and the slave trade, both where it concerned America and Holland, and that the slaves were used on tobacco and cotton plantations in the southern United States, and in South America.

We learned about the Civil War, that Lincoln was president, and that he didn’t fight the war because he wanted to abolish slavery, but that at some point he saw the opportunity to do so, and he took it. I learned that Sherman was the general on the Union side, and that he burned everything he passed, and that Robert E. Lee was the general for the south. We didn’t learn all the intricacies of antebellum and post-bellum politics, and we didn’t learn about individual battles, but in general history in Dutch high schools didn’t focus on battles as much as in America.

I learned  that blacks were still not equal after they were freed, and a bit about the Jim Crow laws and the Ku Klux Klan, and eventually also a little about the Civil Rights movement and Martin Luther King. I remember learning about the first black kids to go to a desegregated school in Little Rock, Arkansas, and that President Johnson had to have the National Guard protect them.

We learned about the Great Depression, but not that much. Because by then I think we moved to the Russian Revolution and World War One and the state Germany was left in after the Treaty of Versailles.

As far as World War Two and America is concerned, we knew that Roosevelt was president, of course, and that America was still trading with Germany while the Germans were already wreaking havoc in Europe, until America realized that it would hurt trade in general in the long run if they didn’t stop Hitler. And that America entered the war when Pearl Harbor was attacked.

We learned about the meeting in Malta between Churchill, Roosevelt and Stalin, D-Day, and how the Americans and the Russians were in a race to get to Berlin, how Berlin was carved up after the war, how the Marshall plan prevented the same mistakes being made as in the Treaty of Versailles, and how the Germans were re-educated.

We learned that some of Hitler’s most important scientists were invited to come to America, where they led perfectly fine lives in return for helping America develop its nuclear bombs.

We learned about the internment camps for Japanese-Americans and dropping Fat Boy and Little something on Hiroshima and Nagasaki, and that the bomb on Hiroshima was dropped from a plane called the Enola Gay and that the pilot later committed suicide.

And, of course we learned extensively about the Cold War, since we in Western Europe were the actual targets in any hypothetical attacks, even though Americans were teaching their kids to hide under desks in case of a nuclear attack. We learned about McCarthy and his persecution of liberals.

We learned about President Kennedy and the Bay of Pigs and his assassination. And we learned about Vietnam, that it was a proxy war between America and the Soviet Union in Asia, and some of the atrocities committed on both sides. That’s about as far as we got, since the Vietnam War only ended a few years earlier than our American history classes.

Of course I’ve learned a lot more of the details and I’ve been able to fill in the gaps since living here, but I think that overall we got a pretty thorough overview.

When I tried to discuss slavery with my distant relatives in Bakersfield, California in 1979, they seemed to know less about it than I did, and in the Netherlands we were all a bit mystified that the TV mini series Roots was such an eye-opener in America.

When I had to go back to being a senior in college here in America, and  a professor asked if anyone could think of any revolutions that took place in the eighteenth century, I waited for someone else to answer, but none of my classmates could think of a single one. For more on my frustrating American college experiences, start here and again, be prepared to spend some time.

2 responses to “American History in the Netherlands”