Although I’ve lived here for 18 years now, and although there are a lot of things I’ve gotten used to and in some cases even adopted, there are some things that, by now it’s safe to say, I’ll never get used to. Here are ten of them.

1. Bobby socks for men. Yep, men here (including T) often wear socks that barely show above the shoe, just like girl bobby socks in the fifties. The only difference is the absence of pompoms. I know they’re considered perfectly normal here, but to me they will always look ridiculous. Sorry, guys.

2. People who you haven’t seen or spoken to for years, who call and expect you to immediately recognize their voice when they say “Hi.” Hard as I find it to believe that anyone can, apparently most Americans have no problem recognizing someone by this one-syllable sound. “Hi.” It must be a specifically American hearing gene. Caller ID on smartphones helps, though.

3. Mushy, overly sweet stuff that’s more corn starch goo than apple,  in a terrible crust, being called Dutch apple pie. I’m not only insulted in the name of real Dutch apple pies everywhere, I’m also confused. Because the expression goes, “as American as apple pie”. So why not just call it apple pie, or American apple pie. Because that’s what it is. If you feel you have to hide behind the adjective Dutch, then maybe it’s time to just improve your apple pies.

4. The lack of geography knowledge. This still takes me aback every time. A few weeks ago it happened again. I was at a bank and I told the teller that I needed to transfer money to the Netherlands from my account. She asked me, “Um, is the Netherlands in another country?” You’d think I’d be ready for it after 18 years, but no. My favorite one is still something an American friend told me years ago. He was at a Red Lobster in south Texas, and, surprisingly, the waiter recommended the lobster. “It’s from a foreign country,” he said, fully expecting to impress. My friend doubted it and asked which country. “Maine,” the waiter answered.

5. The outrageous price of flowers. Sigh. 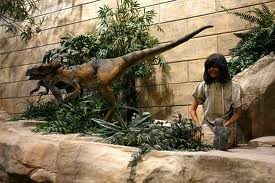 6. Creationists. The velociraptor and stone-age humans roamed the earth at the same time? And the velociraptor is the one that’s extinct? Really? I think they’ve watched too many Flintstones episodes. Hmm. I always assumed the dinosaurs in The Flintstones were meant as a joke, but maybe not . . .

7. And somewhat along the same lines: the automatic assumption that I’m religious. Every time someone says “God bless you,” I feel like answering, “I doubt it,” but I don’t, because it’s always said in a context that the only polite thing to say back is “Thank you.” So that’s what I say, unless I’m in a bad mood, or feeling like a smarty-pants, in which case I give one of my special hmms.

8. The abundance of wildlife. If I live here until I die–and that seems more and more likely–I will never stop being amazed that deer just graze along the side of the road in our subdivision, without even looking up when I drive by, and that squirrels sit in the tree two feet outside our window, waiting to be entertained. (And our dog never disappoints.)

10. Fox News. And Glenn Beck. And that anyone can just make up their own facts. Who knew that the right to free speech would result in such a total confusion of reality.