The Netherlands in WWII : It’s Still Not Over

This is the thirteenth and last (for now) post in a series about American high school students’ impressions on a presentation about the Netherlands in World War Two. Click here for the introduction to said presentation. 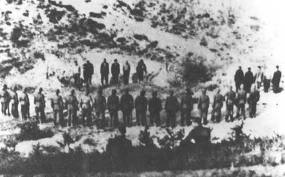 If any German or collaborator was killed, Dutch prisoners or a number of random people picked off the street would be shot in public. This kept killing the occupiers to a minimum.

It didn’t stop some resistance fighters, though. Hannie Schaft was a young woman from Bloemendaal who shot three men: two NSB members (the Dutch national socialist party) and a policeman. 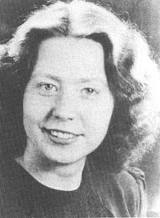 She was stopped at a checkpoint with illegal newspapers and a gun in her bicycle bags, and the Germans discovered who they had caught. She was shot in the dunes on April 17, 1945, only three weeks before the liberation.

Her work in the resistance is famous in the Netherlands. A movie was based on a biography, Het meisje met het rode haar – The Girl With the Red Hair in 1981. In the same year, Harry Mulisch, one of the Netherlands’ major authors, wrote a novel, De aanslag – The Assault, in which composites of Hannie’s actions play an important role. (Much more on Mulisch’s The Assault starting here.)

One of the NSB members Hannie Schaft shot was Pieter Faber. His two sons, Pieter Johan Faber and Klaas Carel Faber became even more fervent fans of Hitler after their father was killed. They were extremely brutal and after the war they were both found guilty of war crimes and sentenced to death. Pieter Johan Faber’s death sentence was carried out, but Klaas Carel Faber’s sentence was commuted to life in prison.

He escaped in 1952 and fled straight to Germany. Since he had been a member of the Dutch-German SS, he automatically had German citizenship. And Germany doesn’t extradite its citizens.

Klaas Faber had been a member of the Waffen-SS and the Sonderkommando Feldmeijer, which was infamous for the Aktion Silbertanne murders of innocent but famous Dutch citizens. The murders were a reprisal for assaults on Dutch collaborators. He had also been one of the executioners at Kamp Westerbork, and shot many arrested resistance fighters and two Jews who were found during a raid.

Many attempts have been made over the years to get Faber extradited, but to no avail. Even though he was on the Simon Wiesenthal Center‘s List of Most Wanted Nazi War Criminals, he lived a comfortable life in Germany, to the ripe old age of ninety. He died a few days ago.

Germany, your hospitality is unbelievable.

3 responses to “The Netherlands in WWII : It’s Still Not Over”