Notes From a University Student 2 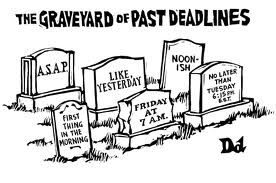 It still feels strange to be a student again. Four days after resigning from the high school, I started my first summer session. During a summer session, courses that are usually spread out over a semester are given in five weeks. I had two courses, both lasting 90 minutes, five times a week.

One of the first courses, Fundamentals of Language Development, began at 7:45 a.m., which was tricky for someone suffering from morning sickness. The course wasn’t much to speak of. The idea was that we learned how children learn to write, and especially how we as teachers should teach children to write. Well, I still have no clue.

The whole course was a disorganized mess of writing samples by children of various ages, some linguistics, and three hours of grammar.

Now mind you, this was a course for future teachers, and those three hours of grammar is all the grammar they get during their entire education studies. For me it wasn’t even enough to remember the difference between an adjective and an adverb, since the whole grammar terminology was new to me in English, and now I can happily forget it all again.

That’s okay, because I don’t intend to be a teacher, but my classmates do. So I already began to suspect why children don’t learn anything at school.

For this course we had to write three papers. So the first time I wrote a 15-page paper, single-spaced, neatly divided with headings and all, and a bibliography at the end. When I handed it in, the professor handed it right back. Apparently a standard paper for college seniors taking this class was three pages, double-spaced. So really only one and a half pages.

All three times we had a deadline for handing in the papers, and all three times the deadline was moved up a week because nobody had done the work on time. Except for me, that is. And so even seniors in college are not capable of keeping to deadlines, and even here there are no consequences.

For this course I spent a total of four hours on homework. I still have no idea how to teach children to write, but I had the highest grade in the class. Fine with me.

The next post in this series is about the frustrations of being appreciated.